An obituary for Maude Countryman states that “She was united in marriage to Fred G. Countryman February 16, 1896, at Midway, Kansas.” While in 1896, there were towns in Kansas named Midway, none were in a relevant part of the state.

It was out in the jungles, called Midway - just a section house, in the middle of a 17,000 acre cattle ranch. The Pacific Railway leaves Wichita and at that time connected with the main line of the Missouri-Pacific that went through Geneseo, and they wanted to extend it to Kanapolis and went right through those hills and in order to do that they had              and the ranchman specified what it was to be in the way of a depot and they put that depot there and called it Midway, just half way between Genoseo and Kanapolis and stationed a section boss there, and it went both way, down to Genoseo and up to Kanapolis. (760)

A 1901 plat of the Empire Township (Township 16 south of range 8 west of the 6th Principal Meridian) shows Midway Station in Section 36, almost exactly the location Fred Countryman described. The couple married at a rural railway station. 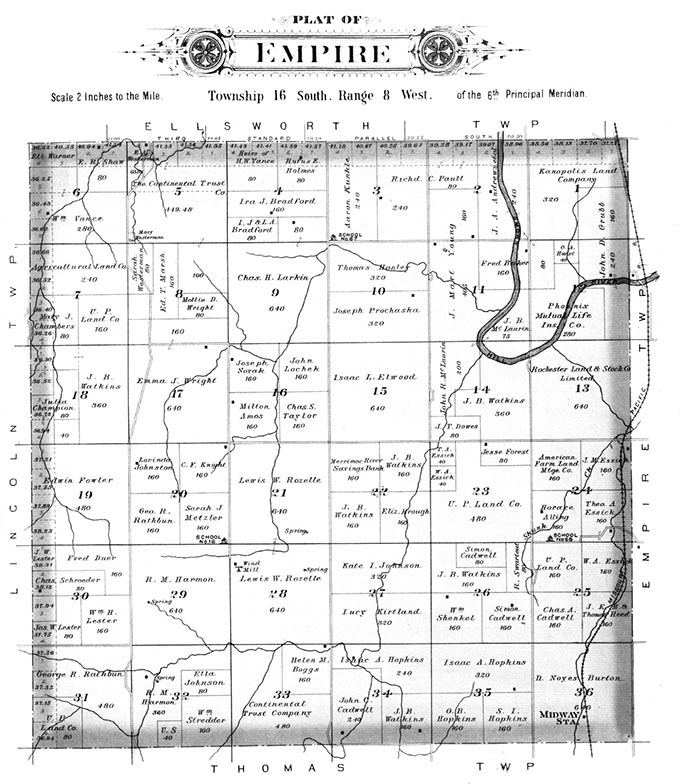 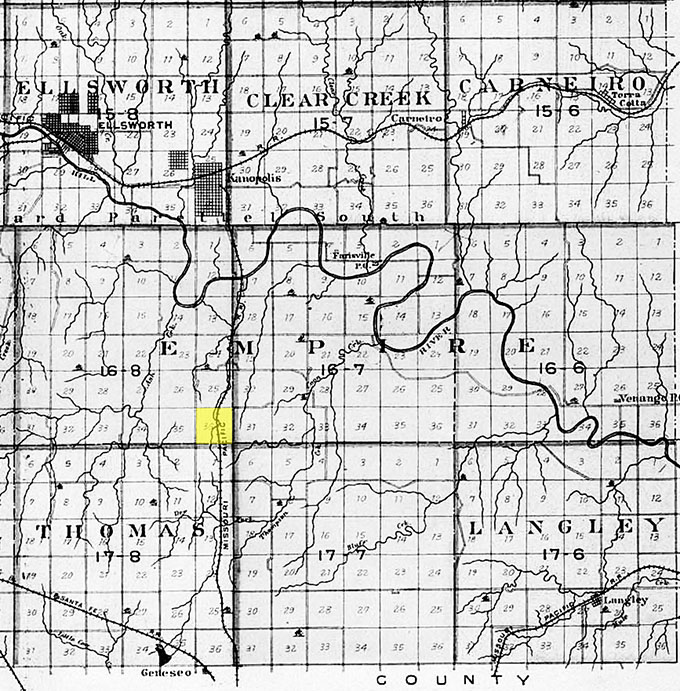